It is with great sadness that we share with you the news of the passing of Alvin Teirstein, MD., a major contributor and leader in WASOG. Al suffered a cardiac arrest in his office on January 31st, 2011. 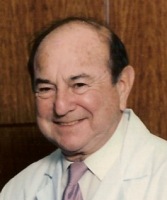 It is with great sadness that we share with you the news of the passing of Alvin Teirstein, MD., a major contributor and leader in WASOG. Al suffered a cardiac arrest in his office on January 31st, 2011.

Al was one of the founding members of WASOG and participated in its establishment in September, 1987 in Milan. Al continued the international prominence of Mt. Sinai Medical Center in New York City as a leading institution in sarcoidosis care.

As chief of the Division of Pulmonary, Critical Care and Sleep Medicine for 27 years, Al helped shape the practice of this field of medicine not only at Mount Sinai, but throughout academic medicine through the creation of programs that became models for others around the country. He also developed a vibrant teaching program, graduates of which are current leaders in the science and treatment of pulmonary disease throughout the United States and internationally.

As a researcher, he made important contributions to the diagnosis and treatment of sarcoidosis. He has provided critical insights that have translated into direct improvements in patient care.

As a teacher and mentor, Al trained generations of students, residents, fellows and junior faculty to follow in his footsteps and dedicate their lives to improving the lives of others. Most of all, as a physician, Al gave hope and inspiration to his patients. Letters and tributes received throughout his career sing his praises as not only a skilled clinician, but as a true healer dedicated to his patients and their well being. In recognition of his dedication, funds were raised in 2006 to name an auditorium in his honor at Mount Sinai School of Medicine.

Throughout his career, Dr. Teirstein has garnered many honors, including the highest awards granted by Mount Sinai. In 1986 he received the Jacobi Medallion, in 1993 the Committee of 1000 bestowed upon him the Outstanding Faculty Award and in 1996 the Department of Nursing named him Attending Physician of the Year. He served as an editor of several journals and is a member of numerous professional societies.

After earning his MD from SUNY – Downstate College of Medicine, Dr. Teirstein came to Mount Sinai as a resident and remained here throughout his career. In 1974, he was appointed Acting Chief of the Pulmonary Division and then in 1975 Director of the Division of Pulmonary and Critical Care Medicine. From 1977 to 2001 he was been the Florette and Ernst Rosenfeld and Joseph Solomon Professor of Medicine. In 2001, when he stepped down as Division Chief he became the Dr. George Baehr Professor of Clinical Medicine and Director of the Vivien Richenthal Institute for Pulmonary and Critical Care Research.

He leaves a legacy of achievement concerning the clinical care of sarcoidosis patients. Most importantly, he leaves a legacy of caring for patients, for colleagues, for trainees and for friends and family that should serve as a model for all of us to strive to attain in our lifetimes. All of us who had the privilege of training with and working with him will miss his charismatic teaching style, his humor and his friendship.

In the midst of all his lifelong achievements, Al was the ultimate family man. He had a long and vibrant marriage. His family was always of paramount importance to him. He always had a positive attitude and he made friends easily. He will be deeply missed.